Netball is the major game for girls during the Lent term. The netball programme has four key aims: 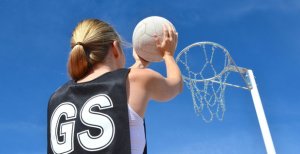 Netball is accessible to players of all abilities and opportunities to participate include, lunchtime clubs, afternoon games sessions and evening squad training. Each year we have no less than ten teams ranging from year four through to 1st VII level. There is an extensive fixtures list which gives our pupils opportunities to compete regularly. These competitions include, inter house tournaments; inter school fixtures; and local & regional tournaments.

Many of our players also play for local clubs and some of these have progressed on and achieved representative honours at county and regional level.

Ellesmere College provides an excellent environment to develop players of all abilities in netball. Our pupils are supported by excellent facilities and staffing: