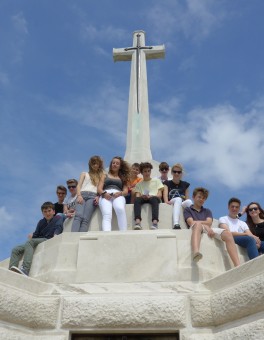 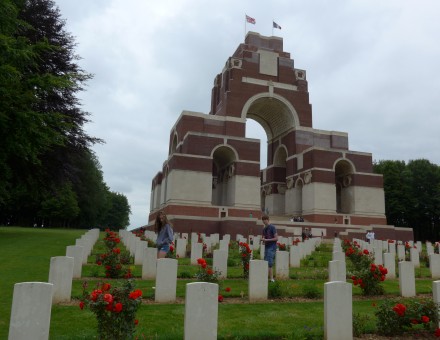 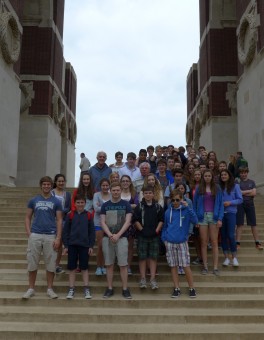 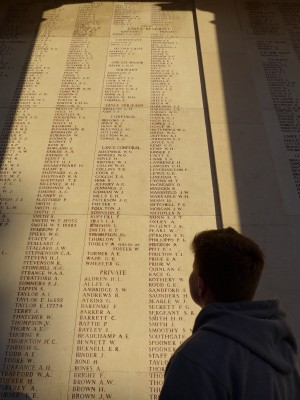 A party of 39 young historians from years 9 and 10 recently visited the First World War battlefields in Belgium and northern France.

Based in Ypres, which made it convenient to attend the Last Post ceremony at the Menin Gate, the group was able to appreciate some idea of the scale of the conflict from 1914 and also the personal cost to so many individuals involved. As explained by Philip Wood, History teacher, 'for our pupils, seeing the names on the walls of the Tyne Cot Cemetery and on the Thiepval Memorial was a testimony to the numbers of missing in the conflict. The conditions of trench warfare are sometimes difficult to grasp but sites such as Beaumont Hamel and Hill 62 help to give an understanding of the war'.

The students were met in Ypres by a party of 60 Old Ellesmerians, the Headmaster, Chaplain and the Custos, for a Service of Dedication and Remembrance in St George's Chapel, where earlier this year a plaque was installed to remember the Fallen Ellesmerian's of the two Great Wars.

This annual History trip that takes pupils to both the World War 1 and World War 2 Battlefields is always a very memorable one for pupils, more so this year as they commemorated the centenary of the beginning of WW1.