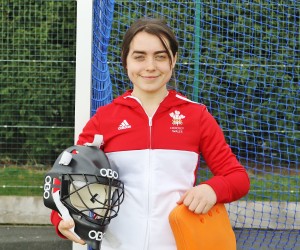 The Ellesmere College High Performance Hockey Programme has been consistently developing world class players and the latest to come up through the ranks to play at Welsh U18 team level is goal keeper - Alanah O'Brien.

The Year 11 student is combining her GCSE studies with a rigorous training and competition schedule - having just played in the Wales vs Scotland match with a fantastic save rate and is now on the Welsh team travelling to Belfast on June 29th.

All female pupils at Ellesmere College play hockey during the Michaelmas term, with High Performance Hockey coached all year round. Girl's hockey is accessible to players of all abilities from beginner to elite, at both recreational and competitive level. Opportunities to play and compete include social mixed hockey, inter-house hockey tournaments, inter-school hockey fixtures as well as local and regional tournaments. Players are encouraged to join local clubs and we have strong links with Oswestry, Whitchurch, Deeside Ramblers and Shrewsbury Hockey Clubs.

Additionally, girls are encouraged to join either the English or Welsh hockey player pathways to fulfil their ambitions of representing their country. We have a number of Ellesmere College players past and present playing at county, regional, national and international level; Caro Hulme is currently in the Welsh Ladies Senior side, having played her 16th cap for the winning side against France and going onto the International Hockey Federation (FIH) Series Finals in Valencia.

Ellesmere Hockey has also enjoyed considerable success in winning County titles across all age groups and progressing onto the Midlands Finals Tournament. In 2018/19 the U16 team reached the final 16 in the Investec National Schools Championships.

Alanah believes that being the goal keeper is the spine of the team: ""This is my seventh season as a goalkeeper. Initially, I felt left out of the team as I could never win with them but only lose. However the more I played and the higher the level, I begun to realise that the goalkeeper is the spine of the team. Ellesmere encouraged me to not only play school hockey - so in Year 8 I trialed for Shropshire U14. This is where I met my current coach, Mr Taylor. Since then I've gone to Midlands trials (didn't get selected) and in year 9 I was dropped from Shropshire U15 squad.'

'Thanks to the Ellesmere coaches, within a year I quickly progressed with last summer being invited to join the National Age Group squad for U18 Hockey Wales and to play in the Easter Test Series against Scotland. No one is more shocked than me when I reflect on my progress of the last year. As Mr Taylor says, I've gone from a "cocky goalie" to a "confident" one who has the skills to match the chat."

"For me, being a goalkeeper isn't just a position it's a mind set and at the end of the day I stand in between what teams want most; the winning goal."

Congratulations to Alanah and good luck in your next game! 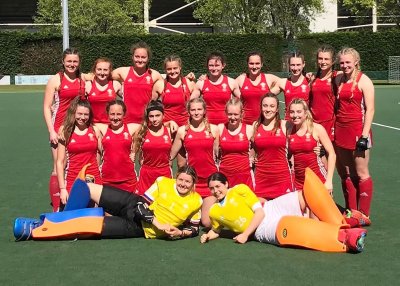