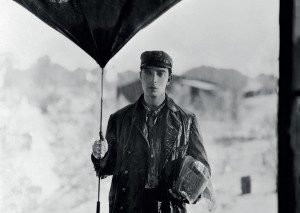 The original orchestral score to this Buster Keaton comedy has been composed by world renowned conductor and composer Carl Davis, CBE, and will be conducted by Tony Coupe, Director of Music.

Carl is an American-born conductor and composer who made his home in the United Kingdom during the 1960's and has written music for stage and film, and over 100 television programmes including Upstairs, Downstairs, Pride & Prejudice and Cold War. His film credits include The French Lieutenants Woman, Up Pompeii and the 2000 remake of The Great Gatsby, and he has collaborated with Paul McCartney in the creation of the Liverpool Oratorio.

However, it's his life-long passion for silent films that has created multiple scores to accompany stars of the silent screen including Charlie Chaplain, Buster Keaton and Harold Lloyd, and he can regularly be seen conducting live screenings at all of the major concert halls around the country.

Tony said of the performance, "We are absolutely delighted to be giving the UK premiere of this piece. It is an ideal opportunity for adults and students alike to experience one of the most fascinating creative processes as sound is matched to picture.

This is an incredibly demanding skill and in the intimacy of the Ellesmere College Arts Centre the audience will be treated to ringside seats as the orchestra bring the film to life in this special screening."