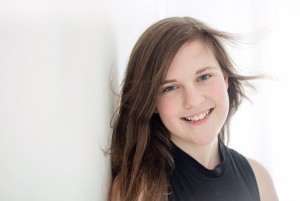 Four talented music and drama students from Ellesmere College have been offered the opportunity of a lifetime at the country's leading music conservatoires and the Royal Academy of Dramatic Art (RADA) from September.

Tony Coupe, Director of Music at the College, said to get four students to go on to these types of schools is a fabulous result for the College.

"We are absolutely delighted that another four of our students have realised their ambition to be awarded places at these notable conservatoires. We have so many talented individuals in our music and drama departments here and I know these students will go on to do very well."

"We have given them the best start we can and they have contributed a great amount to College life, in group performances as well as individually. They also have tremendous self awareness and motivation too, nurtured through the activities and opportunities we create here at Ellesmere College. We are delighted for them."

"Music and drama are an integral part of life here and being so well represented at these prestigious national institutions highlights the high standards and dedication our College has come to expect from our staff and students."

The success this year comes as Ellesmere College won the Business Education Award for Music 2018 and as two Old Ellesmerians look to complete their time studying at two other prestigious British conservatoires.