Titans on Fire in Scotland 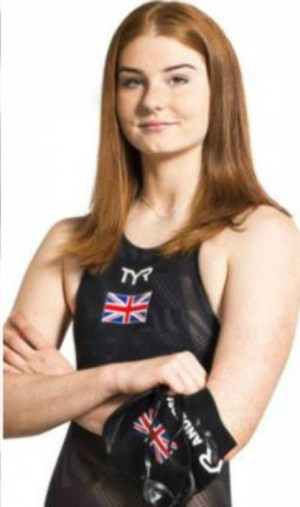 In one of the final clashes of the year for international swimmers, Ellesmere College's Titans took the strategic decision to compete north of the border at Edinburgh's Commonwealth Pool. This pitted them against the crème of Scottish talent in the Scottish National Short Course Championships rather than across the Pennines in England's equivalent at Sheffield.

It was an inspired decision. The swimmers were outstanding with every member of the National Middle / Distance Squad qualifying for Finals and 63% of all of them taking medals over the weekend. More importantly from a training perspective:

With every member of the squad raising their game, it augurs well for the Long Course season ahead.

St Oswalds' Freya Anderson served up another feast of fine performances at this festive event taking 4 'A' Gold medals and 2 'A' Silver medals from individual races littered with international competitors and champions.

Now very comfortable at this level, Anderson has become a seasoned international and is a confident competitor on the world stage. Setting 5 personal best times and 5 individual West Midland Regional Records within 6 new Titans individual records, Anderson's performances suggest that there is much more to come from this exciting talent.

Commenting on their achievements, Alan Bircher (Director of Swimming) said, "The end of cycle meet was a solid success for the Titans with steady progression from September to December. The team are clearly 'stepping up' from their heats into the finals and we look like a really strong force for the 2018/19 season. Its a very exciting time to be a Titan."

There will be little rest for any of our swimmers over the Christmas period and undoubtedly, they will enter 2019 looking to make their mark on the Long Course season.