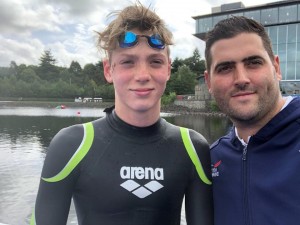 When you think of Open Water swimming does it conjure up images of the Seychelles, Barcelona, Valetta, Mallorca, Doha? Well these are just some of the exotic locations that the Open Water Warriors of Ellesmere College's Titans have competed in this year on their journey to the European Open Water Championships!

But in July - at the penultimate event of the season - the action moved to the slightly cooler Sheffield's Rother Valley for the British Open Water Nationals on the 30th of July, and concluding in the glorious waters of Loch Lomond with the European Open Water Championships.

This year's team included Ellesmere College's Hector Pardoe enjoying his first ever call-up to a senior Team GB squad. Pardoe went into the Europeans in fine form after an excellent finish in July's European Juniors 7.5K event in Malta, which had also earned him an automatic place in September's World Junior Open Water championships in Israel. This takes place between the 6th and 8th of September and Pardoe will be seeking to add to the bronze he won in the event two years ago.

Alan Bircher, Director of Swimming at Ellesmere had the honour of being appointed to lead Team GB's Open Water squad at the European Championships and commented on Pardoe's selection, saying, "Hector delivers courageous swims event after event and fully deserves his place amongst the seniors. With Phoebe Griffiths to train with, they continue to push and pull each other to new heights and to lead a team of excellent open water potential from all age groups within the squad." Griffiths was not competing at Rother Valley this year as she prepares for races being targeted for later in the year.

In a highly competitive 5K race that was won by an experienced Olympian from Hungary, Pardoe swam a good race described by Bircher as, "A valiant effort". With the World Junior Open Water championships to come in September the experience will only continue to develop Pardoe's evolving race craft and skills.

Whilst Pardoe was 'leading the line' at the most senior level of the sport, one of Lower School's Titans, Katie Hale (Year 7) was making waves at the most junior end.

Still only 12 year's old, Hale was keen to build on her silver medal in last year's championships and repeat her podium success. Having led this year's Regional open water qualifier for her age group from start to finish, Hale sought to do the same in this year's nationals but was squeezed into 3rd place in a ferocious battle for the medals.

Danny Profitt, Head of Age Development, said of Hale's performance, "It was a strong swim and with medals now in consecutive years there is plenty to build on for next season."

The proximity of Ellesmere Mere to Ellesmere College allows one of the countries most experienced Open Water coaching teams to continue to help the Titans achieve their potential and fulfil their ambitions.

For more information on the Ellesmere College Titans click here. 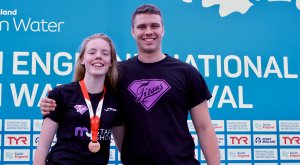