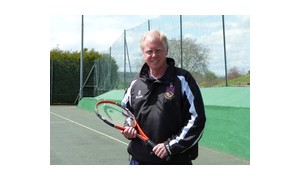 The School's Tennis Academy coaching team has recently been augmented by the arrival of Stephen Welti.

Besides being well-known amongst tennis circles across Shropshire as an LTA registered professional, Stephen Welti has much experience of developing young players’ talent from beginners to those with world rankings.

Whilst remaining a Tennis Ambassador for the newly formed Shrewsbury Club, Stephen has now joined the coaching team as the Senior Performance Tennis Coach for the School’s Tennis Academy. He commented, ‘I am looking forward to being back on court helping to develop young talent and doing what I enjoy the most.’

Ian Williams, Director of Sport added, ‘We are delighted to have Stephen on board. He brings with him a wealth of coaching experience at all levels and we wish him well as he begins to establish himself at the School.'