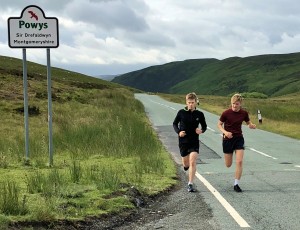 Ellesmere College's annual Snowdon Run once again took place on a wet & windy Sunday, with the two intrepid teams racing each other to Wales' highest mountain to raise hundreds of pounds for charity.

Two teams of 12 ran the 75 miles from the College to Snowdon to raise funds and awareness for their chosen charities - Cancer Research UK and CRY-UK - which highlights the risk of Sudden Adult Death Syndrome in 14-35 year olds.

Teacher James Baggaley said: "This was the most eventful run in my experience, involving an assault on two runners by an angry farmyard animal and a full tyre blow out on the A5. We had a mixed ability group of male and female runners of both staff and students but once again, an amazing level of will and determination shown by everyone who ran. There were some personal battles won throughout the day and we all made it through the toughest leg of all - chapel the next morning!"

The annual tradition takes place on the penultimate Sunday of Summer term to allow students to prepare for their final Gold Duke of Edinburgh expeditions, with six staff and 18 pupils from Years 11, 12 and 13 taking part this time.

The groups raced against each other to reach the mountain, running in pairs and completing at least five three-mile legs each, raising over £400 for their chosen charities.

Unfortunately, they were unable to summit Snowdon due to the bad weather on the mountain - with zero visibility, wind and rain and winter temperatures - but both teams reached the Pen-y-Pass car park within ten hours 45 minutes of leaving Ellesmere. 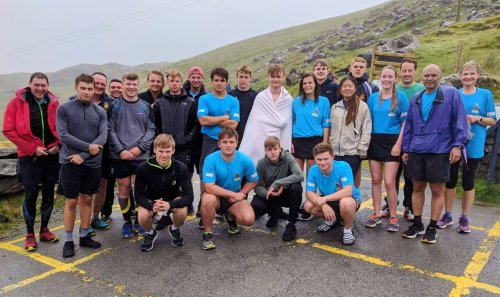