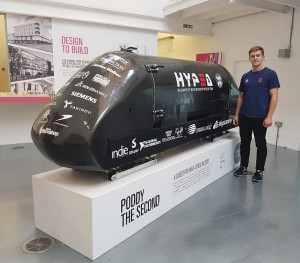 A former Ellesmere College student has been to America to compete in a high speed travel race.

Thomas Shallcross, who attended Ellesmere College, was part of a team competing in Elon Musk's 'SpaceX' third pod competition in California as a member of the final testing team.

The 19-year-old, who is now studying at Edinburgh University for a degree in Mechanical Engineering, also featured on BBC TV to unveil the university team's pod which came sixth out of thousands of entries.

He said his grounding in Shropshire and the teaching at Ellesmere were a huge part of what helped him get this far and continue to give him high hopes for the future.

"I chose to study Maths, Physics and Further Maths at Ellesmere College with the intention of studying an engineering related subject at university," he said. "Having always been a logical thinker with an interest in mechanical processes, engineering was an obvious choice."

"Ellesmere helped me to cement my choice of engineering discipline I wanted to pursue, through STEM competitions, visits to physics conferences and numerous other activities. The teaching staff at Ellesmere were always keen to further my knowledge and understanding of any subject, be it curriculum based or not."

Thomas has followed the work of Elon Musk - best known for his electric Tesla cars - for a long time and said his ambitious vision of the future is one that 'thoroughly excites' him.

He went to the University of Edinburgh having been impressed by the student Hyperloop society - HYPED.

He has since designed and manufactured the suspension system and passive levitation housing for the society's second pod prototype "Poddy II".

"Starting with very little engineering experience I was able to apply the knowledge I accumulated over my two years at Ellesmere to a very real and cutting-edge project," he added.

His team plan to return to the competition in California next year to perform against universities worldwide and they have extremely high hopes for the future.

Dr Philip Wood, Head of Sixth Form at Ellesmere College said he was delighted to hear about Thomas' success in his first year at university.

"Thomas was a dedicated and focused student at Ellesmere College," he said. "He was committed to his studies and had a clear vision of what he wanted to achieve. We did everything we could to help him get there, so to see him on television and travelling to California taking part in this type of competition is a great thing.

"After just one year in university he seems so much closer to reaching his goals and we are proud to have been a part of his journey, which continues." 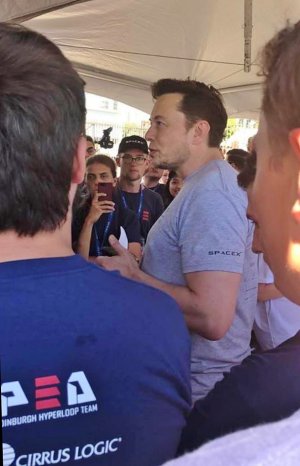