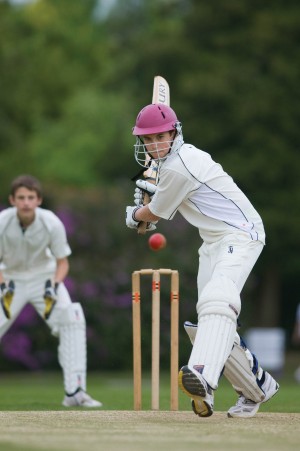 Ellesmere College is a school that values individuals. Ellesmere's aspirations for pupils have always been higher than simply passing examinations. However vital exam success is, and 85% of our students gained entrance to their first choice University, it is not enough on its own to prepare young people to be successful adults. An Ellesmere education is a preparation for living adult life successfully, considerately and with a sense of personal fulfilment.

Ellesmere practices a ‘sport for all’ policy where each student is encouraged to challenge themselves to achieve their very best. The elite sports performers have access to a number of pathways that help accelerate their sports performance.

Ellesmere has pioneered the use of an academy structure to help provide elite pathways for individuals whilst still retaining a sport for all policy. Rugby, Tennis, Swimming, Cricket and Shooting all have academy status within the school. The academies provide additional focused coaching and management for the individual, dovetailed with their academic development.

Jack Martin joined Ellesmere in the Sixth Form from the Marches School, Oswestry where he achieved a number of straight ‘A’ passes at GCSE. Jack is a member of the county rugby squad and has gained a starting place in this year 1st XV at Full back. This is an example that academic success and sport can go hand in hand.

The school has enjoyed considerable success at regional and national level particularly over the last five years. Students have shot for Great Britain and Wales, set national records at several distances in the swimming pool, represented Great Britain in the World Tennis Championships and competed for both England and Wales in rugby at U18 and U16. The College has also won several nationally recognised tournaments and supported players onto professional rugby and football contracts in England, Wales and France.

One of the most recent successes at the school was Matthew Kinney, who joined Ellesmere at the age of 11 having moved from Australia. He had never played rugby before arriving at the school but through the support of the College, and Matthew’s dedication, he is now part of the Worcester Warriors academy and England U18 performance group even though he is still U16.

Ian Williams, Director of Sport said “The success of the school is the layering of development and support structures that underpin our sports provision. From the early years, PE and swimming are part of the weekly routine, and we work to establish good fundamental skills that can be adapted to a variety of sports. As students progress through the school they can begin to specialise but we still retain the development of PE lessons right through to year 11. The students are guided and helped through our pastoral system which encourages everyone to take part and balance their work and co-curricular interests. Our dedicated team of teachers and coaches offer a wealth of information in skill, tactical, psychological and life management skills”.