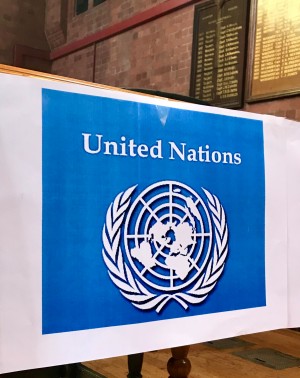 The Model United Nations (MUN), is a team-based simulation of the real MUN in which students learn about diplomacy, international relations, and the United Nations.

The goal of the MUN is to promote the ideals and principles of the United Nations among both younger and university students in particular. It also aims to provide young adults with a multilateral platform to discuss various global issues that are handled by the UN and participants assume the role of national ambassadors or representatives to debate these issues.

Participating Year 9 students took on the role of a particular country and then debated a variety of global issues to an international committee. The pupils represented different countries from all over the world, for example, the Philippines, Kuwait, the Maldives and Germany. Furthermore, the Year 9 students gave a presentation about their country in front of the class so that their class mates would know those countries better at the end of the lesson.

Pratham Manchanda, a current Upper Sixth student of Politics, Economics and Chemistry, is a particularly enthusiastic and experienced delegate and was one of the older students helping to facilitate the proceedings during the session. Pratham is well recognised through the MUN and has attained the level of the Executive Moderator/Head Chair of United Nations Economic and Social Council of Asia and Pacific (UNESCAP). He said of the sessions, "It is a great opportunity for students at Ellesmere College to develop debating, critical thinking, leadership, teamwork and public speaking skills. I have thoroughly enjoyed my time working within the MUN and representing Ellesmere College with my colleagues."

Participation in the MUN encourages and develops many skills that are valuable for university and beyond.

For more on the MUN programme visit: Ellesmere MUN 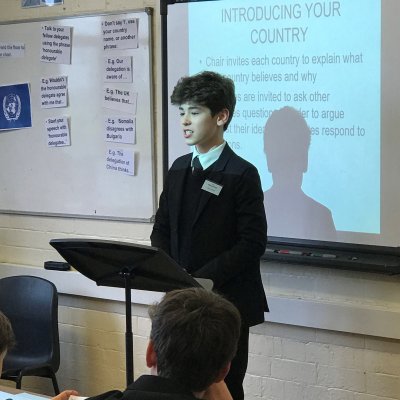