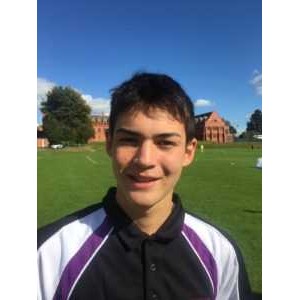 Ellesmere College Football Academy player Koki DeWalt has been accepted onto Japanese football legend, Keisuke Honda's online debut mentorship scheme, alongside fellow Japanese players who hope to play professional football in the future. He has earned one of only 20 places on the international footballer's mentoring programme after being chosen from more than 20,000 applicants.

As part of the 'Now Do' programme, the 15-year-old has been assigned a training mentor who provides advice and both physical and mental training assignments to complete. Koki will be in direct contact with Honda two or three times a month.

David Raven, Head Coach at Ellesmere College Football Academy which is run by IH Manchester (IHM), said: "Koki is an extremely talented and hard-working player - and the mentoring from Keisuke Honda and his team will be a fantastic addition to his training at Ellesmere College.

"It's an amazing accomplishment to be selected from more than 20,000 applications - his dedication and potential clearly stood out. We're very proud of Koki and all that he is achieving - both on the pitch and academically."

Keisuke Honda is a Japanese football player who currently plays for Campeonato Brasileiro Série A club Botafogo. He is also general manager and coach of the Cambodia national team. He earned over 90 international caps between 2008 and 2018, playing at the 2010, 2014 and 2018 World Cups. He also won the 2011 Asian Cup, where he was also voted Player of the Tournament.

More details about the FA-affiliated IHM are available at: IH Manchester