Jake races into the fast lane with motocross success 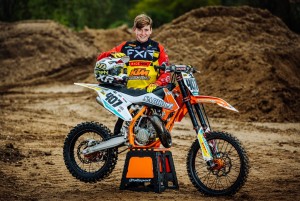 Jake Davies, a Yr 8 pupil at Ellesmere College, will compete in the first race of the ADAC MX masters championship in Bielstein on July 3.

Jake, from Gobwen, who has been racing since he was five-years-old, will then take part in other races in Tensfeld, Dreetz, Fürstlich Drehna, Gaildorf and Reutlingen between now and September. He is competing as part of his German based club Sarholz KTM.

He said: "I am a little bit nervous but so excited. I really like the speed and the jumps, the big ones, when I am riding. I would love to go on to a career in motocross and win the world championship."

Jake's dad Paul Davies, who also used to race when he was young, said: "It has been full on since we started, he went training when he was five and someone asked if he wanted to go to France, then a Dutch team said they wanted to sponsor him. It is great fun travelling all over for Jake to do his racing. It is fantastic, I am very proud of him."

Jake has previously taken part in the British Championship and came first overall at Glen Helen in America He also came first in the Arenacross in Ireland and second in London and Manchester.

He said that although he regularly travels across Europe to train and compete, he doesn't miss any school work from Ellesmere College.

"The teachers are great and really nice, I get my work still," he added. "They are really nice and I really like all the sports at the school, it is a really good school and helps me so I don't miss out when I'm away."

Sharon Owen, Head of Lower School, at Ellesmere College, said: "We are hugely proud of Jake and all the success he is enjoying. Ellesmere College is committed to ensuring pupils thrive in their given interests as well as academically. While we do not have motocross as one of our many sporting academies here, we are more than happy to support and accommodate Jake with all his commitments. His teachers ensure Jake can attend the exciting events he competes in around the world while not missing out on school work. We are committed to pupils pursuing their chosen sport whilst at the school with their academic and other support structures in place for them and we are very proud of Jake." 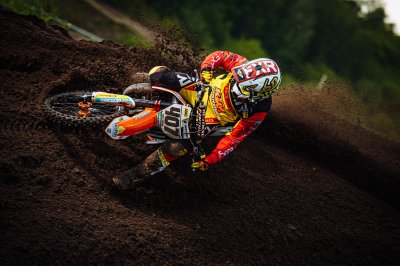