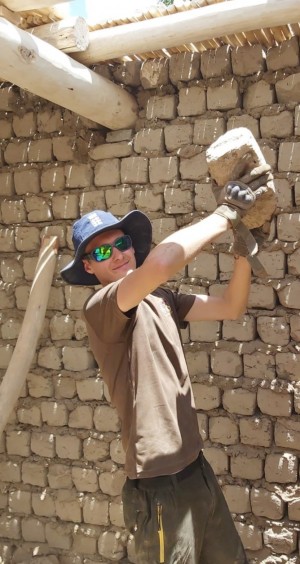 Two Ellesmere College students spent their summer supporting a charity project in India building classrooms as part of a team of international volunteers.

Alex Selby and Sarala Chatterjee, current Year 13 students, travelled to the Lamdon Model School in Ladakh, Kashmir, Northern India, where they volunteered for a service project as well as completing a five-day trekking expedition across the Ladakh Himalayas where they twice reached the dizzying heights of 5000m - higher than Mont Blanc!

Hosted by The Scindia School, a progressive boarding school for boys in Gwalior, India, for the fourth year running, the project invites volunteers from other prominent schools across India plus one UK school - Ellesmere College - to support the Lamdon Model School with the building of additional facilities to expand the school's infrastructure. Each year, approximately 35 students and adults volunteer to help the project; two dormitories have already been built as a result of Scindia's dedicated efforts.

After arriving in Delhi at 4am, Alex and Sarala met up with the rest of the project group to catch a flight to Leh (the capital of Ladakh), during which they had unrivalled views over the Himalayan mountain range.

The volunteers then spent a couple of days in Leh acclimatising to the high altitude, where both Alex and Sarala found the conditions challenging to start with - finding it harder to breathe and feeling tired very quickly.

They then set off to the small town of Thiksay in order to participate in the first part of the trip - the service project. The group assisted in the construction of three classrooms where they built walls and fetched bamboo (culturally known as 'taalu') from a nearby farm, and even mixed mud with water in order to create Ladakhi cement! Sarala said, "It was really hard work but very rewarding as we could see the difference we were making to the lives of both the school pupils and teachers here."

Following the completion of the project at the school, the team then embarked on their challenging five day trek through the Himalaya's accompanied by team members from The Scindia School where they encountered stunning scenery and wildlife - including some curious mountain goats!

After successfully completing the challenge, Alex said, "I felt a huge sense of satisfaction having completed both the service project and the trek and it has been a really enjoyable and memorable experience." Sarala added, "I really appreciated the opportunity to be able to meet people from many different countries and the wonderful people of Ladakh."

For more information on co-curricular activities and Leadership at Ellesmere College, please visit: Leadership At Ellesmere 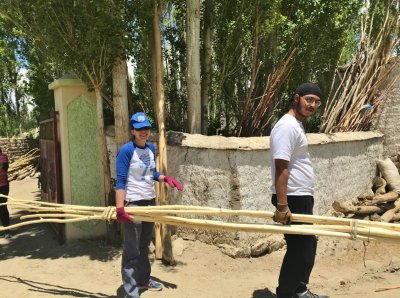