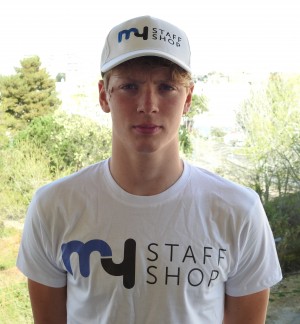 Taking place in the Qatari capital, the event was the first international marathon event for over a year and attended by over 90 of the World's top distance swimmers.

Coming into the final lap of 5, Hector had worked his way up to 6th position – less than 4 seconds behind the leader Marc-Antoine Olivier who eventually took Gold. Despite his relative inexperience, Hector continued to press hard on the final lap finishing in a career best at senior level - just ahead of Ferry Weertman, the reigning Olympic Gold medallist from Rio 2016.

Commenting on his success Hector said "That's an awesome result! It was a really tough race, with frustrating conditions but I'm glad to get the job done and place in the top 10, winning some prize money as well!! That gives me a lot of confidence, so it's now back to training for another 11 weeks before the Olympic qualifier in Fukuoka, Japan".

This success in Doha comes on the back on Hector having smashed the British 25,000 Open Water record, being the first ever British Swimmer to dip under 5 hours, at the French National Championships held back in September 2020. Hector will travel to Japan at the end of May in a bid to qualify for the Tokyo 2020 Olympics Games – where he will need to finish as the top British swimmer and in the top 9.