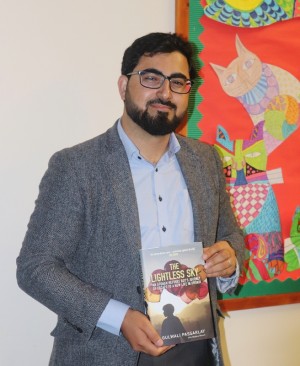 Gulwali Passarlay, the internationally renowned author of 'The Lightless Sky' - his memoirs detailing his hazardous journey from Afghanistan to the UK - once again opened the hearts and minds of Ellesmere College Year 8 Geography students and deepened their understanding of the plight and resilience of young refugees with an inspiring talk during his visit to the College this week.

Gulwali, an Afghan political refugee, came to the UK in 2007 after undertaking an incredible journey where he travelled a total of 7,150 miles through 10 different countries in order to reach safety and escape a war-torn Afghanistan.

Through telling his story to schools and through his book, Gulwali hopes his experiences will explain why refugees choose to leave their countries and families behind, battle feelings of loneliness, fear and guilt, and will allow people to see them not only as asylum seekers, but individual human beings with incredible stories.

Gulwali's journey began in 2007, following the death of many members of his family in the Afghan war and his parents feared for his safety. They hired an agent to make arrangements for Gulwali to travel to Iran via aeroplane and coach, and from there he caught a lorry and travelled by horseback into Bulgaria, where he was discovered by immigration officials and sent to Turkey. He then embarked on the most harrowing and dangerous part of his journey where he was crammed into an immensely overcrowded boat - only designed to hold 20 people - with no food or water for over 2 days. 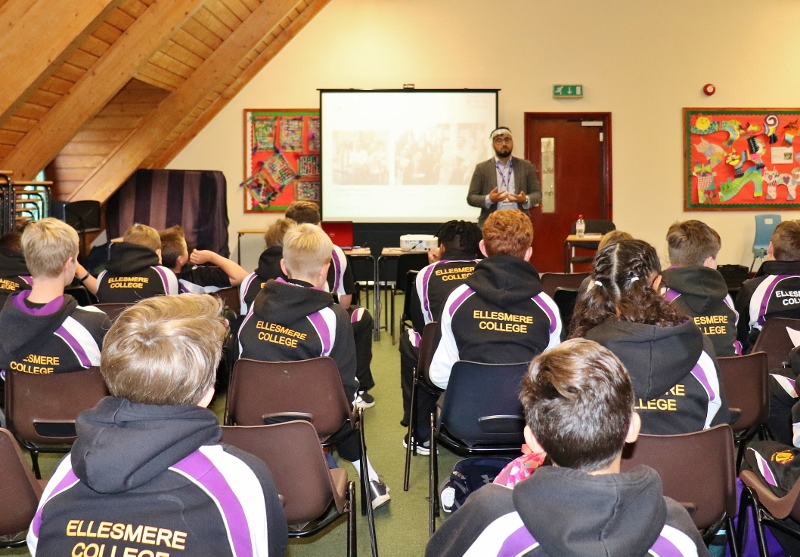 After surviving the boat journey and arriving in Greece, Gulwali managed to stow away in the engine compartment of a lorry which took him to Italy, where he was arrested and taken to a children's home. His determination to make it to the UK pushed him to escape once again by jumping out of a window, travelling through Germany and Belgium, before walking all the way to France - a 25-hour trek!

Gulwali settled in Bolton but still faced much hardship including racism, rejection and his own feelings of loneliness and guilt, but, he emphasised that the people who showed him kindness had a much more powerful impact.

He has contributed an enormous amount toward his local community in Bolton and was proud to be one of 8,000 torch-bearers (and arguably, the first Afghan) to carry the Olympic Torch in 2012.

The talk was truly eye-opening for students, and some fantastic questions were asked by the students. He concluded his talk by explaining how he hopes to end the negative stigma associated with refugees and asylum seekers, and hopes to use his passion towards social change in order to inspire young people into having a more engaged participation in politics and policy-making. He also encouraged students to be kind and never to pass judgement as ultimately, you never know what somebody has been through. 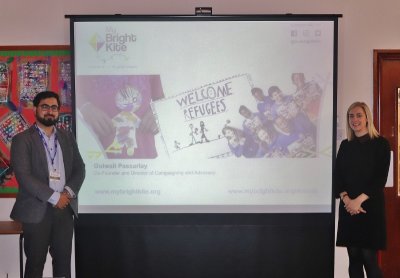