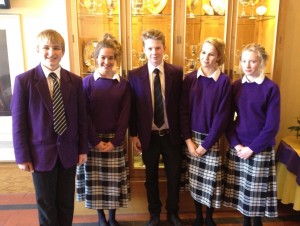 Twenty two pupils from Year 9 passed their GCSE last term, two years earlier than planned. Six pupils are now taking A'S Religious Studies which will mean they will have an extra A'S as they enter the 6th form.

Harry Orr, Head of Religious Studies said "Our year 9 pupils took the challenge of completing a full GCSE in Religious Studies. This involved them working independently to cover two years' work in one year. Usually most take GCSE's in Year 11. Not only did they rise to that challenge but they far surpassed themselves with most scoring A*'s, A's and B's. The College will offer a similar opportunity to display academic excellence this year"