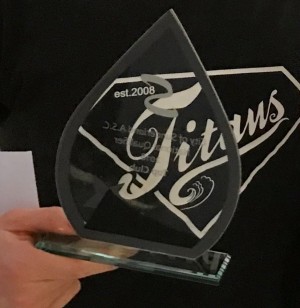 Ellesmere College Titans travelled up North on Friday 23 March to take on the North East's top swimming clubs at the fabulous Sunderland 50m Aquatic Centre near Gateshead. Joined in the region by a strong City of Manchester squad, 64 Ellesmere swimmers fought to retain their 2017 Top Club Trophy and did so in style.

Starting with the arduous 800m and 1500m events late on Friday evening, Ellesmere led from the front and never looked back as they went on to comfortably retain their trophy. In doing so they also scored more points than their big city rivals from Manchester and Newcastle combined!

Now that the Qualification Window is open for this year's big National Events in Sheffield, everyone's minds were on their all important individual times. With two months of the window to go, Ellesmere's swimmers posted some really quick times, broke both club and City of Sunderland All Comer Records and set down some good markers in this year's race to Sheffield. There is still everything to swim for.

Commenting on the team's performances Alan Bircher, Head Coach said, "We had some really great swims throughout the squad and now we need to get everyone fired up more for the West Midland Championships at the end of April." Alan went on to say, "The team has worked really hard so we'll take Monday off to rest before refocusing and reenergising over the Easter break."