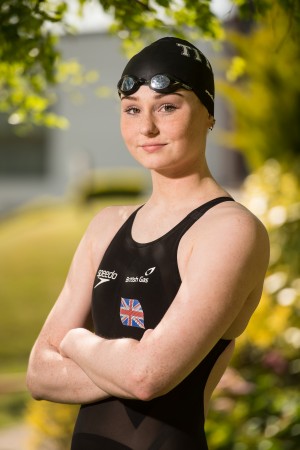 World Junior Swimming Champion, Freya Anderson, was among the squad of 16 British swimmers who recently travelled to Colorado, USA, to take part in a three week altitude camp. The camp was the 4th in a cycle of 10 taking place around the world leading up to the 2020 Summer Olympic Games in Tokyo. Following the camp, swimmers will be moving on to the British Swimming Championships (as part of the Edinburgh International meet) in March, then the Commonwealth Games in Australia in April and the European Championship in Glasgow in August.

For 16-year-old Freya, the trip represented her first high-altitude experience which follows an incredibly successful 12 months of competitive swimming; Freya was one of the few swimmers in the world who made her nation's Junior and Senior World Championships squads. She claimed the World Junior Championships Gold in Indianapolis in the 100m freestyle, achieving the only sub-54 second time of the field. In Budapest, she went further than expected, qualifying for the semi-final of the 100m freestyle, where she finished a very respectable 12th in 53.91.

Returning from her trip to United States Olympic Training Center, Freya said, "During the first two weeks I found it quite difficult to breathe and suffered from altitude sickness, which wasn't great. My main reason for going to altitude was to get my back injury under control by being surrounded with world-class equipment and a great support team. The facilities were so good. The pool was amazing, even if it was really cold, and the gym was insane!"

Freya detailed her 3-week routine in the States, which included 'clocking up the distances in the pool, plus rehab sessions and land training sessions.' She said, "My goal was to go from swimming five sessions a week, totalling 20km, to 10 sessions a week, totalling 40km. It was daunting at first but we made sure I eased into it gently. I was definitely surprised I managed to do it eventually!" Praising the world-class site commonly visited by the greatest athletes in the world.

After visiting a few local attractions in Colorado, Freya was ready to come back home, feeling refreshed and ready to move onto what she'll be tackling this year in the pool. She commented, "Having come back home, I already feel stronger and more confident with my rehab and managing my injury, so things are looking up. The British Swimming Championships are at the start of March in Edinburgh and I'm looking forward to racing there and hopefully my back will be able to handle it. Then on March 23rd I'll be heading to Australia for the Commonwealth Games. I cannot wait."