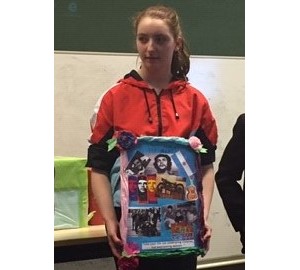 On Wednesday 27 February, ten young linguists from Years 8 and 9 travelled to Aston University for a Spanish Immersion Event hosted by Routes into Languages West Midlands.

Upon arrival the group were taken on a tour of the university campus by Nilma, a final year Sociology student and University Ambassador. During the tour the group were fortunate enough to meet Amna Ateeq, current President of the Students' Union, who gave them all some good advice about getting involved fully in university life - even if it may still be a way off yet!

The Spanish immersion began once all students were split into three groups: Ernesto Che Guevara, Gabriel García Marquez or Frida Kahlo. The sessions were led by university staff, and looked at the Mexican festival of 'el día de los muertos', using lots of spoken Spanish, and culminated in a competition to make the most creative 'ofrenda' to the Hispanic icon for their group. Students worked on a Spanish presentation and prizes were awarded, with a fun piñata activity for the winning groups.

Guy Welti and Sam Appleby, both in Year 9, will be taking Spanish GCSE in Year 10 and Guy said 'it has been a fantastic opportunity to get a taste of university life and use Spanish in a creative context'. He added, 'It was interesting to learn more about famous Hispanic icons and their contribution to society'.

Mrs Reynolds, who accompanied the group and is a Spanish teacher and Gifted and Talented Coordinator, noted the way that students also develop their cognitive ability at this sort of event, and was delighted at the way the Ellesmere students got involved with the workshops.

For more about our Modern Foreign Language provision at Ellesmere visit: MFL Programme 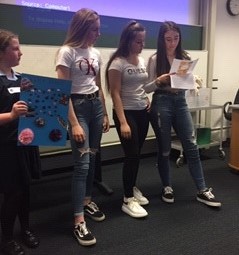 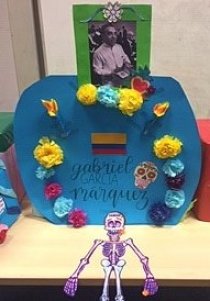 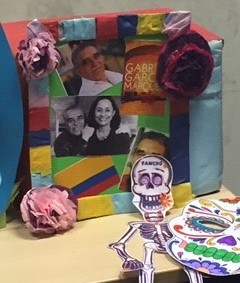