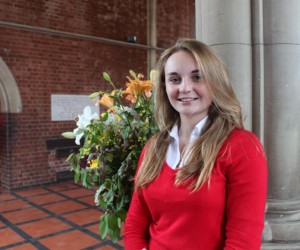 “As we looked for a school that pushed students further both academically and outside of the classroom, Ellesmere ticked all the boxes. I visited the school for a taster day where everyone was so welcoming and friendly. I decided that I would love to be a part of this school” said Emily

Emily, now studying Physics, Biology, Chemistry and Maths at A-Level, has taken to life in Sixth Form incredibly well, having gained valuable leadership experience through the Combined Cadet Force. Emily has been flying, gained her First Aid and Lifesaving qualifications, as well as attended adventure training camps in Scotland, where she managed to win ‘best cadet’. She has achieved Marksmanship - First Class in shooting and was part of the successful Ellesmere Shooting Team, who won the Premier Schools' competition for target rifle shooting this year at Bisley.