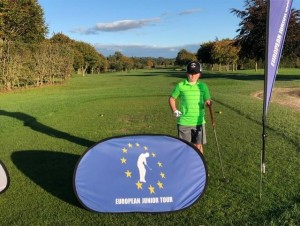 An Ellesmere College student who took up golf to work on his focus for other sports has won a major competition and could end up playing in California.

Nine-year-old Ethan Harrison, who joined Ellesmere College in September because of the sporting opportunities there, played his first golf competition with his boxing coach - World Champion Super Flyweight Boxer Paul Butler - because it was the only adult he knew who played golf.

Despite only taking up the sport 12 months ago Ethan and Paul won the Pryors Hayes Adult Junior Pair Series 2020 and Ethan has since been picked for the European Junior Golf Tour Championship.

"Roger runs the Pryors Hayes tournament and suggested that Ethan take part, but neither me nor his dad play and he needed an adult to play with him. The only person I knew who played golf as a hobby was his boxing coach Paul.

"He did fantastic to win. He was the youngest person taking part with everyone else 12 or older but they finished nine points ahead.

"He's loving it and it is a fantastic game, it helps him to focus and be calm and really trains your brain too. We know he is sporty and coordinated and a natural all rounder, but this has taken us by surprise. He is now watching golf on his phone on the bus on the way home from college."

The year four student, from Tarporley near Chester, has previously been on the books of Everton, Manchester City and Manchester United Football Clubs but has now fallen out of love with football. He has been boxing since the age of five and also enjoys rugby, tennis and swimming. Since starting at Ellesmere College he has also taken up cricket. 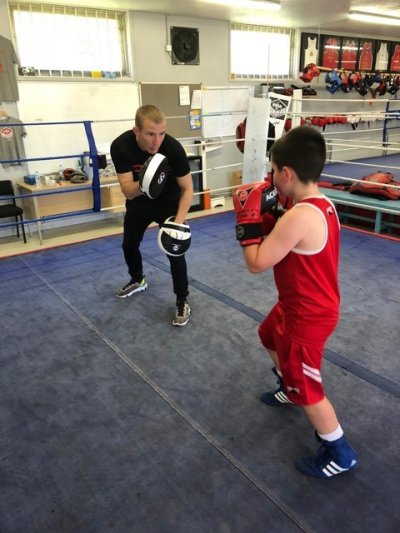 In his first single golf competition last month, playing at MacDonald Hill Valley Hotel Spa and Golf Club in Whitchurch and Hawkstone Park, Ethan came fourth overall. The next round of the European Junior Golf Tour Championship, is in December at Wrekin Golf Course in Telford and The Shire, London.

"Ethan has a real talent," he said. "He is improving his score every day that he plays and giving his competitors a real run for their money. It is hard to think he has only been playing a year and won his first competition at the age of eight. But he is very driven and focused too, he is willing to put in the practice and we think he will go far." 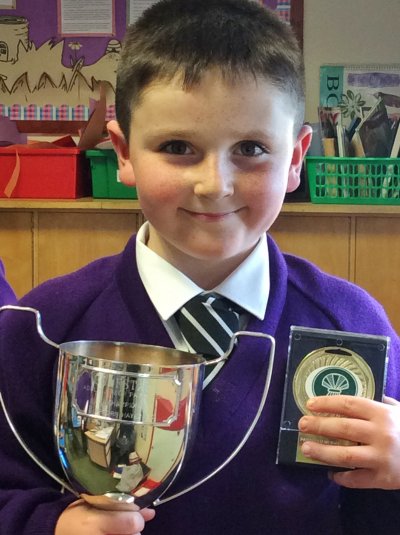 Above: Ethan Harrison with his cup and trophy.

Main Picture: Ethan on the golf course at Ellesmere College