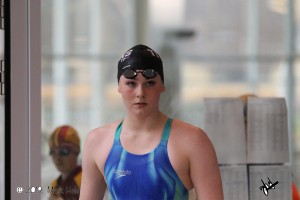 Ellesmere College Titans swept the board one again at the recent British Swimming Championships in Glasgow with Freya Anderson opening her account by winning the Women's 200m Freestyle in a thrilling first night of competition. Adding a Bronze medal in the 50m Freestyle on Day 3, the question on everyone's lips was could Anderson go on and retain her 100m Freestyle title.

Could she? Yes. She could! A scintillating time of 53.79 seconds - a fraction shy of her all-time best - saw Anderson retain her 2018 title and make her a double British Champion in 2019. A remarkable performance from an 18-year-old who has blossomed on the international sporting scene in the past 12 months.

Most other swimming clubs would be thrilled to celebrate the crowning of a British Champion, but Ellesmere College's Titans are not ordinary swimmers. Nor is the Titans an ordinary program. One of the country's elite performance programs, it is relentless in its pursuit of perfection.

Commenting on Freya's performance, Alan Bircher, Director of Swimming at Ellesmere College, enthused "Freya did well in retaining her 100m Freestyle title and then adding the 200m Freestyle title. The 200 is something we've been working hard on." However, looking forward to the Olympics in Tokyo in 2020 his competitive nature shone through as he went on to add, "Myself and Freya would look back at the British Championships satisfied but not content. We know what needs to be done and are already back in training."

Freya's performances were notable, but the other Titans competing at this year's championships were equally outstanding. Together they featured in a host of finals and their medal winning performances caught the eye of the GB selectors, earning five selections to represent Great Britain at the European Juniors.

No other club earned more than 2 selections to the team and even then, only 4 of them managed more than 1. Watch out for the following names in the months to come: Charlie Hutchison, Pia Murray, Adam Metcalf, Joel Thompson and Lauren Wetherell.

For more information on the Ellesmere College Titans visit: www.ellesmerecollegetitans.co.uk