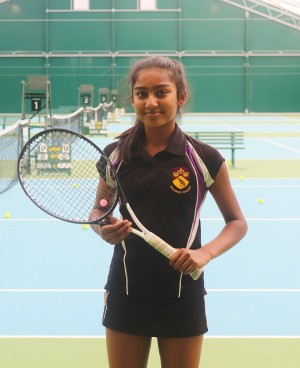 Aditi took the massive step up from the 14U age category last year to compete in the 18U group at this year's event - even though she is still only 14 years old. She played and won her match against a player who was much older and stronger, and who was ranked in the top 20 in the country.

She was congratulated by the Welsh National Coach who said that she is the most improved player this year, and she was chosen for her steady performance - especially with her reaching the semi-finals of the 16s and 18s at the Scottish Junior Open Nationals this summer.

Aditi's win combined with the rest of the performance by Team Wales, they ended up winning the 18U and 12U age groups and came third at 14U which meant an overall win.

The Junior Home Nations 2019 tournament was held over three action-packed days at Wrexham Tennis Centre in September, with Team Wales battling it out with England, Scotland and last year's hosts Ireland.

Stephen Welti, Senior Performance Coach and Director of Tennis at Ellesmere College Tennis Academy, said: "Aditi continues to make impressive progress, her selection to play for the 18U team was a tribute to all her dedication and hard work. She played for the 14U team at last year's event when she was 13 and to step up to play at 18U is a tremendous leap. It shouldn't be underestimated. It's a whole different deal going from playing against players of your own age or younger to being the youngest and possibly having to compete against players three years your senior. It's massive at that age. It was a wonderful weekend of tennis and it was amazing to see all the competitors across the three age groups performing to such a high standard. Aditi played extremely well, was part of the successful 18U team and the overall winners - an impressive landmark for Welsh junior tennis as they became the first Welsh team to retain the Junior Home Nations title."

Aditi, along with other talented tennis players youngsters at the College, are reaping the benefits of the school's top class facilities, and bespoke training and coaching programmes which are enhancing their playing skills, confidence and mental strength while also ensuring they remain focused on their academic studies." 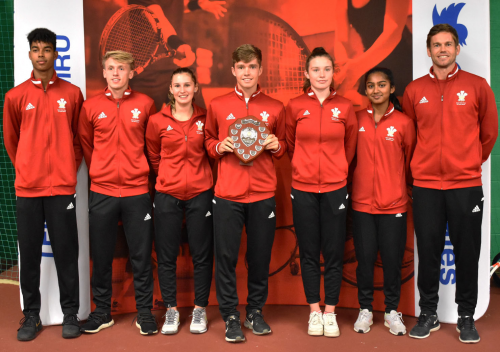