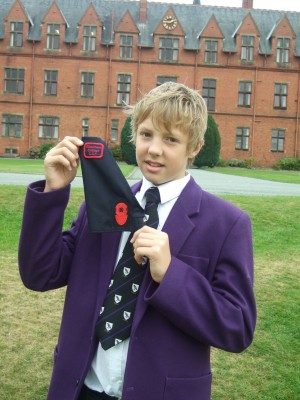 Elliot Rogan, a member of the Schools Combined Cadet Force Navy Section, spent a week during the summer holidays at the Navy's Submarine School, HMS Raleigh, in Cornwall. The course involved both theory classes and practical sessions, including 4 open water dives in a quarry.

Mike Coats, Head of IT and acting Sub-Lieutenant of the CCF Navy Section, commented, 'The course, starting at 5.00 am each morning, was very intensive. However, Elliott certainly rose to the challenge and besides enjoying himself immensely was delighted to be awarded this significant diving qualification. It now means that he can dive anywhere in the world to a depth of 20 metres.'

The School has already run a dive diving course for pupils and is planning to launch its own dive club early in 2010. At Ellesmere College's Open Day on Saturday 10th October, between 1pm and 4pm, families will be able to learn much about the variety of clubs and activities that exist at Ellesmere College beyond the classroom.