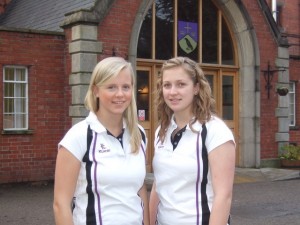 Every year the pupils at Ellesmere College put on their very own festival of plays. From each of the competitive houses steps forward a pupil director willing to shoulder the responsibility, the challenge and the glory of producing this year's hit play. This year the challenge was undertaken by Catherine Wignall who directed a 60's romantic farce Boeing Boeing, Will Bevan who gave us the mystery whodunit 'The Butler Did It', Tristam Thomas who produced a modern rewrite of a French classic Tartuffe and Alice Denham who made the Christmas season start with a fun-filled pantomime Sleeping Cutey. The end of the festival was rounded off with a celebratory commentary from professional director and actor Kevin Tomlinson and the now famous "Ellies" awards ceremony.

Richard Boswell, Arena Arts Programme Director commented, 'I was delighted to see two full houses on both nights and a positive attitude of celebration amongst the audience. It is symptomatic of the healthy state of drama at the School that so many students are involved in such high-quality performances."