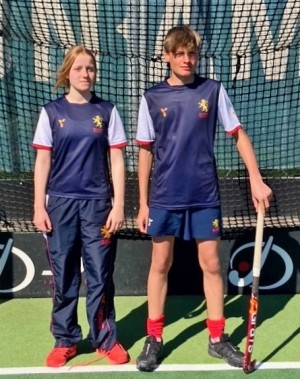 Two students from the Ellesmere College High Performance Hockey Programme have helped the United Kingdom Hockey Team to glory during their recent U14 tour to the Netherlands during Easter.

14 year old's Finn Leonard, Year 9, and Isabella Moore, also Year 9, formed part of the UK Lions Hockey Under 14s squad which ventured to Rotterdam's Leonidas Hockey Club Easter Tournament and prevailed triumphant in the international tournament there! The UK teams include some of the top emerging hockey talent from across the country.

Both Lions teams made it to their respective finals having beaten teams from Holland and Germany. Isabella's team - one of two girls teams playing - played two friendlies against Victoria and Houten as well as competing in the tournament (3 Dutch sides, 1 German, 2 UK) but unfortunately lost in the finals to a strong Dutch side - HCR Rotterdam (national champions!) but came in an amazing second place. Finn's team went head to head with the other UK Lions boys team in the final and beat them 2:1 - winning the tournament. Finn scored an amazing 18 goals  out of the total of 19 that were scored during the weekend.

The teams played about 9 games in total during Friday and the weekend with 2 warm up matches against some top sides in the Holland.  Super super proud of them both. They were a real credit to the team and the school!

Both Finn and Isabella are Ellesmere College students and are coached by Simon Taylor, Head of Hockey, who leads the successful High Performance Hockey Programme at the College. Finn began his career with Whitchurch Hockey Club before joining Deeside Ramblers and being recruited to the England hockey performance pathway for under 15s boys, and Isabella plays for North Stafford Hockey Club.

Next up is a County Tournament on the 8th May and various PC matches.  Isabella will be playing over half term in an indoor tournament in Derby for the UK Lions and over the summer she will be going to a tournament in Belfast, again with the UK Lions.  There is also the opportunity for Isabella to play in the forthcoming Challenge Cup tournament with PC or the Repton Cup!

Congratulations to Finn and Isabella and good luck for the next set of tournaments!

Below: The U14 UK Lions Boys team celebrate! 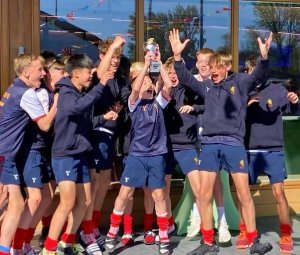 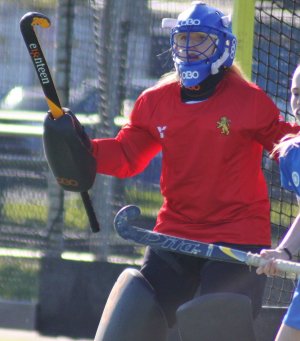