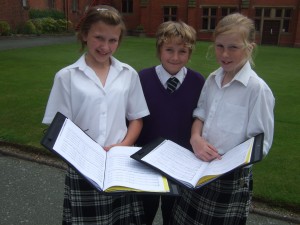 Touring around Verona and Lake Garda the choirs will be performing three main concerts at Desenzo Centro Sociale, Hotel Europa and Salva Capuzza. They will be performing music by Abba and the Beach Boys, with several solos by music scholars on the piano and woodwind instruments.

While in Italy there will be opportunity for some sightseeing with a visit to the Arena in Verona, a Roman Villa in Desenzano and the Poet Catullus' Villa in Simione.

Roger Paul, Director of Music commented "we are all looking forward to being in Italy and the pupils have been practising to perfect their pieces for the concerts."