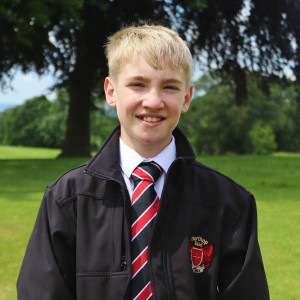 Ellesmere College student Jack Arrowsmith is heading to the Royal Albert Hall this October to play drums with the Northop Silver Band - winners of the prestigious British Open Senior Cup which was held in Blackpool in May and beating The Cory band - the number one ranked band in the world.

The Year 8 student will now play with the band who have been invited to represent Wales in the National Finals in the Royal Albert Hall in October, and stands to be the second youngest ever player in the competition at the Albert Hall.

Jack began playing the drums when he was three and has a huge passion for the instrument - progressing through local bands to being invited to play for the Northop Silver Band.

Jack commented: "You can only become a member of these bands at this level if they invite you, and so I was amazed to be asked to join them and then play as part of the Championship; I am excited to be one of their youngest drummers", he said.

As an Ellesmere College Music Scholar, Jack successfully combines his practice and performance schedule with his studies and is looking forward to starting Yr 9 in September. He also has a lot of big plans for the future - travelling with the band to play all over the world and continue playing the drums as a career after his A Levels.