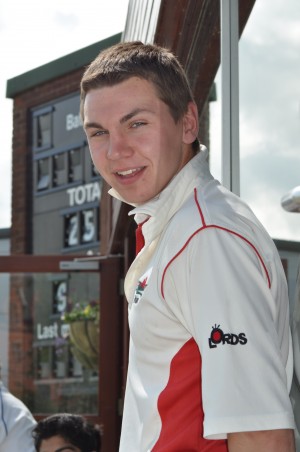 In a very short space of time playing in the Ellesmere College 1st XI Cricket Team the School's first Year 12 Cricket Scholar has made his mark.

Jordan Evans, from Wrexham and aged 16 years old, joined the School in the Sixth Form as the  School's first Cricket Scholar. In the first game of the Summer Term, against former pupils, Jordan scored 120 runs against the Old Ellesmerians followed by 108 runs against Oswestry School.

Rod Jones, Director of the Cricket Academy commented, 'This is the first time this has happen since 1998.  The 1st XI Cricket Team performance continues to improve and the players'  considerable commitment is contributing to seeing the team's performances improve this year.'