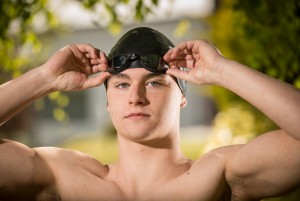 Ferguson finished second in the 100m backstroke, which meant the 17-year-old claimed Ireland's first medal of the tournament. He clocked 54.51 seconds in the final as he finished 0.24 seconds behind Spain's Hugo Gonzalez. "It's great to get a medal at the start of meet and that sets me up well for the 200m (backstroke) later on," said Ferguson. "I felt really honoured to lead out the relay team on the world stage and feel proud that the four of us broke the Irish senior record." Meanwhile, fellow Titan, 16-year-old Freya Anderson, progressed into the final of the 100m freestyle after finishing in second place in the overall rankings.