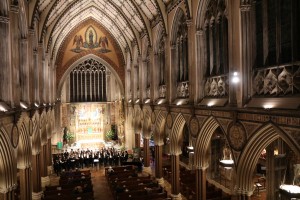 Lent 2019 was always going to be a busy start. After securing performances at Queen's College, Oxford, Farm Street Church, Mayfair and the prestigious St George's Chapel, Windsor Castle, I knew that this would be a short but unforgettable experience for the Chapel Choir, who in recent years have gone from strength to strength.

Each of our performances required a different programme. In Oxford we would be singing evensong alongside the choir of Queen's College who have a very strong choral tradition. For St George's Chapel, our programme consisted principally of acapella sacred vocal music, demanding but very much in the choir's blood following our tour to Italy last year. For Farm Street Church we came up with a third programme consisting of contemporary and classic sacred vocal repertoire as well as Mr Blue Sky as an encore.

Shortly before the trip I received a note from Professor Owen Rees explaining that he was currently on sabbatical, therefore the evensong in Oxford would be conducted by the legendary choral conductor, Edward Higginbottom. Our preparations for this service involved familiarising the Chapel Choir with a range of different conducting styles, ensuring they would be resilient in the face of frank feedback and understand the demands of working in a professional context. For this service I sang with the basses deferring to Edward Higginbottom as our maestro for the day. His approach was methodical with a real attention to details. He remarked that as a choir we had in every way risen to the standard of Queen's College meaning that he could proceed without diverting from their normal approach. This was a huge compliment from the man who had directed music at New College, Oxford to the very highest standard for over 35 years. The service, featuring Stanford in C, Byrd's Ave Verum and the Coupe responses, was performed beautifully by a combined choir of over 80 singers. Edward Higginbottom subsequently wrote to say, 'You clearly have a great choral ensemble, no doubt the result of much hard work and application. The Queen's singers were very impressed.'

On Saturday we moved on to Windsor, complete with the banner of St Oswald, courtesy of Paul Russell (OE). Arriving for the changing of the guard we were escorted to the horseshoe cloister and deposited in 'The Dungeon'. This acted as a rehearsal room, a beautiful symmetrical space complete with six individual cells and a small area for prayer active in the time of Henry VIII. St George's Chapel (originally St George's College) was founded by Edward III who was obsessed with Arthurian legend. He founded the Order of the Garter as a reflection of the Knights of the Round Table as well as to support his claim to the French throne. Today the Order of the Garter continues with the Queen and sovereign as its head and twenty six flags hang in the Quire of the Chapel.

Our performance focused principally on acapella music, with two items accompanied on the organ by Kevin Whitley and one organ solo by Scott Phillips. David Manners, Senior Lay Clerk, joined us to discuss his role in the daily worship of the chapel. He also joined the tenor line in our rehearsal of Bruckner's 'Christus Factus Est'. It is difficult to describe what a rare privilege it was to perform in this space, the resting place of Edward IV, Henry VIII and Jane Seymour, Charles I, George V, George VI and the Queen Mother. A special and unforgettable experience for all those involved.

We moved into London for our final performance at Farm Street Church, Mayfair. This was a beautiful church in which we were able to perform more accompanied music including movements from Haydn's Little Organ Mass. Martin Owen (OE) congratulated the choir on achieving the musical quality comparable to smaller cathedral choirs. I would echo his sentiment which is a cornerstone of my vision for music at Ellesmere College, but I would go further. I am SO proud of this choir. The Chapel Choir are some of the best young people you will ever meet. They are kind, supportive, good natured, hard-working, tenacious, talented, fearless, enjoy a challenge and most of all bring delight to all those that they meet. Long may this continue!

Additional performances included flash mobs at the Pitt Rivers Museum, Oxford, The Raphael Room at the V&A and Covent Garden. 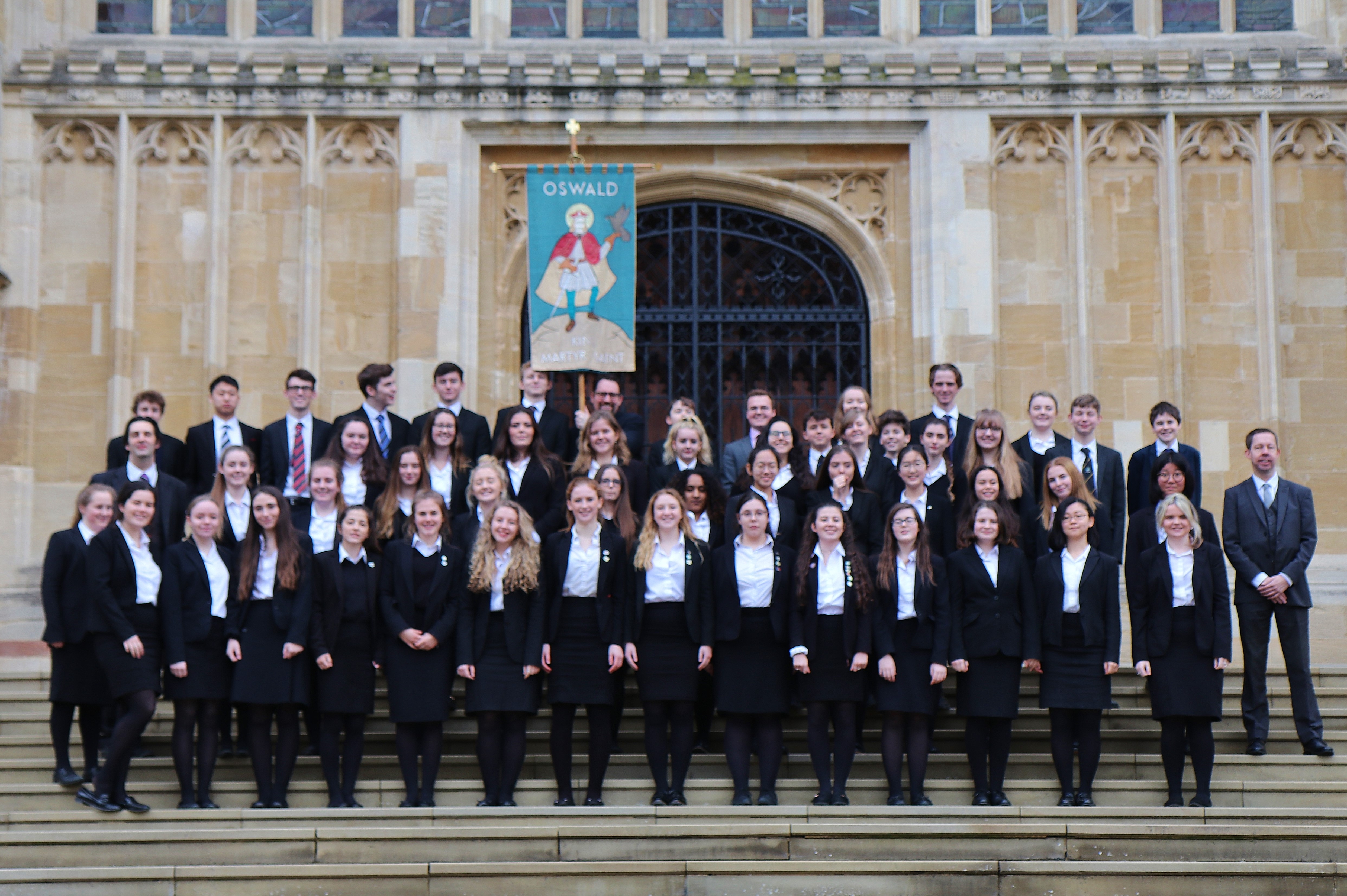