All Ellesmere College Pupils go on 3 days of Expeditions 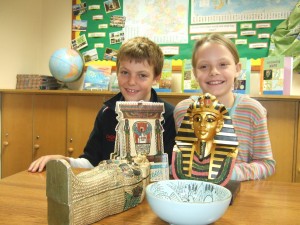 Immediately before half-term each year, all Ellesmere College pupils spend three days on expeditions. This year, on Wednesday 21st , whilst the majority of Senior pupils travelled in all directions from the School to begin three days of discovery and adventure, some pupils have remained on site to participate in a variety of activities.

Expeditions have ranged from Sixth Form pupils working towards their Gold Duke of Edinburgh Award paddling a Canadian canoe and camping from Welshpool to Shrewsbury to all Year 7 pupils staying at Kingswood outdoor activity centre where they have been involved in a variety of tasks and learning a number of useful skills.

The Navy CCF section were camping and taking part in a RYA  sailing course at Whitemere, followed by a visit from Lt Al Summers from RAF Shawbury landing a Squirrel helicopter at the School and giving the cadets the opportunity to have a look round.

Year 5 pupils took part in an Egyptian workshop in College, looking at various artifacts and discuss Egyptian beliefs and way of life.