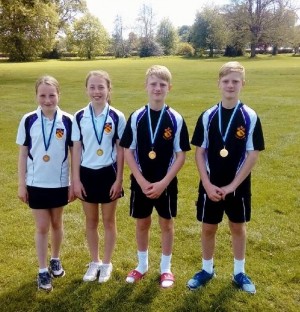 Two pairs were entered - girls and boys - across a range of year groups and in the Yr 6 Category, brothers Thomas and Adam Jacques won the Boys Year 6 and below event without dropping a set.

Ellie Edwards also stepped up and played up an age group in the year 9/10 team National Schools Championship first round the day after - again beating Moreton Hall without dropping a set in either singles or doubles. Other players at the event from the Ellesmere Tennis Academy included Aditi Chezhian (Capt), Lili Harvey-Hemming and Robyn Welti.