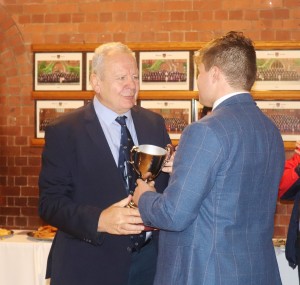 Bill was a special guest and Luke officiated the inaugural North Midlands Rugby Football Union's (NMRFU) Centenary School's Challenge Cup between Ellesmere College 1st XV and Wrekin College 1st XV with Abraham Darby 1st XV. The home team were victorious in the match which ended 35 - 0, which was held as part of the NMRFU's centenary celebrations - 1920-2020.

Bill learned to play rugby while at Ellesmere College and went on to become captain of the England Rugby Union Team, earning 34 caps, chairman of the International Rugby Board and Chairman of the Rugby Football Union. He has been Chairman of World Rugby since 2016.

Ian Beer, who was headmaster of Ellesmere College when Bill studied at the school, also attended the match and caught up with Bill and a large number of returning OE's after the match in Big School, where the Centenary Cup was presented to the Ellesmere College 1st XV team by Bill. 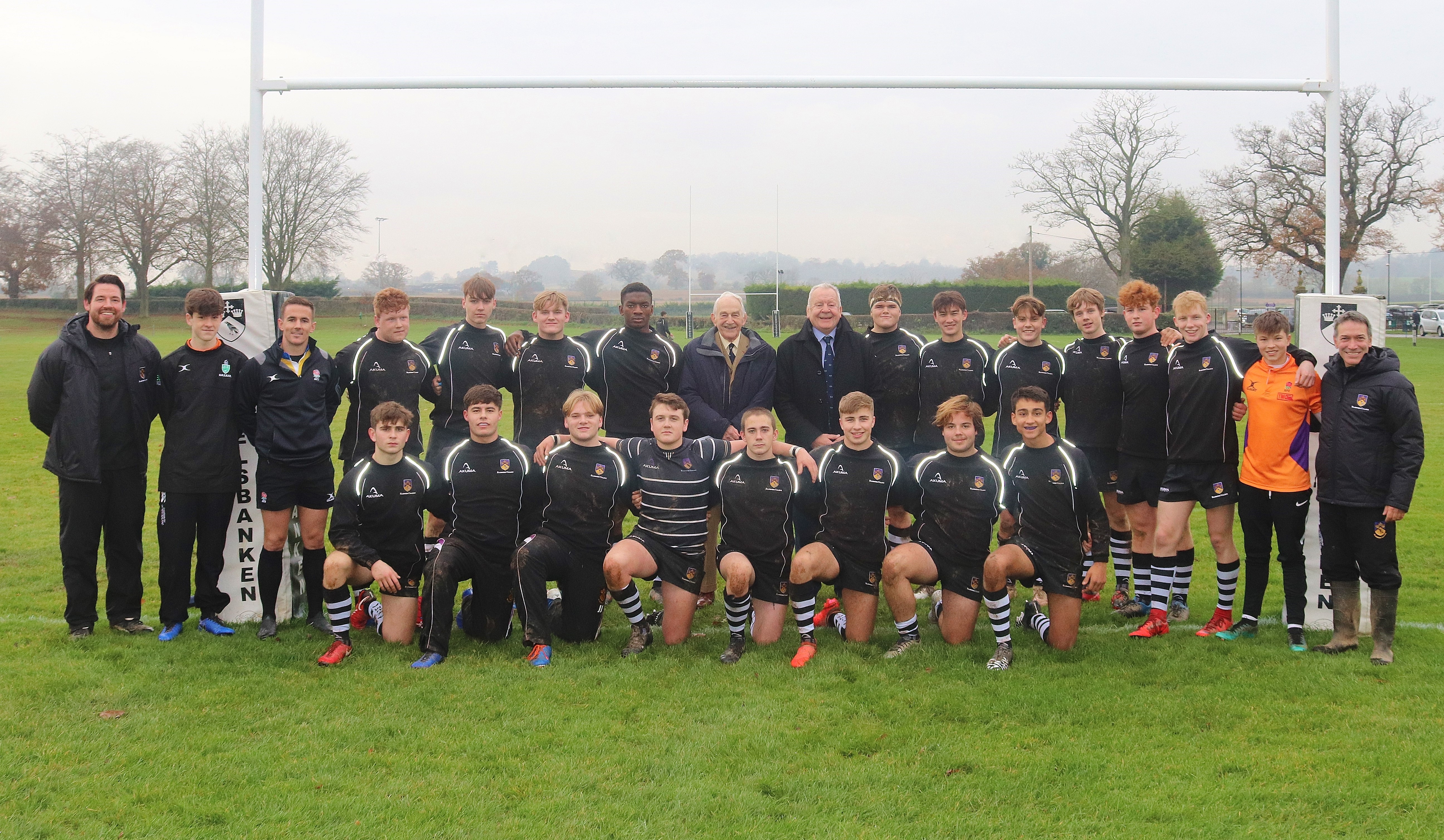 Bill said: "It was a pleasure to return to Ellesmere today and watch the 2019 1st XV team play. I was lucky enough to play at this school and then go on to play for England, captain England and the British Lions and then become Chairman of the RFU. I'm still involved in rugby today, and it's because of the people - the people make this game what it is - and I'm proud and honoured to be a part of it."

Brendan Wignall, Headmaster of Ellesmere College said: "It was an honour to host the inaugural North Midlands RFU Centenary School's Challenge Cup, welcome Bill back to the school and to watch Luke, a World Cup referee, in action, officiating the game.

"It was a brilliant match and a wonderful day, with lots of supporters cheering on the teams. Congratulations to all the players who represented their schools so well.

"It's a great time for rugby, with England making the final of the Rugby World Cup this autumn and we're extremely proud of all our rugby players at Ellesmere College - both past and present - who have, and continue to, reach their potential to play on the national and world stage."

The centenary match was the latest in a list of sporting achievements for Ellesmere College. The college's director of swimming, Alan Bircher has been nominated to accompany the Team GB swimming squad at the Olympics in Japan next summer and the college was recently named in the top five schools in the UK for future Olympians by Tatler Magazine - the only school to be nominated outside the south of the country.