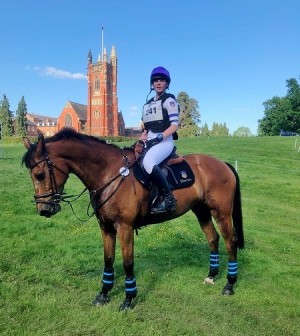 The event takes place at the end of May, running on the magnificent Princethorpe estate and is open to any school and riding club rider.

Entries were affected by the pandemic this year, however, the 80cm & 90cm classes remained popular and were well attended.

The event runs over 2 days, with the dressage and show jumping first and the roads & tracks, steeplechase and riding 20 fences across the country.  Bea and her horse, Calluna, were entered into the 100cm class as an individual, representing Ellesmere College. 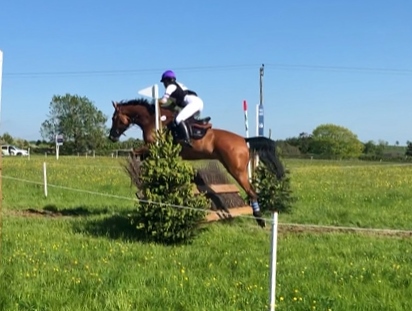 This was the first time in 18 months that Bea's horse has been stabled away from home, she was feeling a little anxious with Bea's brothers ponies, who were competing in the 90cm earlier in the day.  Day One of the 2 day event saw a tense dressage test and 3 poles down in the show jumping which added extra penalties to the overnight score.

Day 2 began with navigating a roads-and-track route within an optimum time followed by two circuits of three steeplechase fences, to be completed in under 2 minutes, before a second roads-and-tracks section and the cross-country, all of which were navigated within the time. With no further penalties incurred, Bea and Calluna finished their day in 6th place.

Bea also then went onto represent Wales and Borders in the 15 year old Girls class at the Pony Club Junior Regional Tetrathlon competition at Moreton Morrell - shoot, swim, ride and run - where they came a very impressive 2nd place.  The Area Qualifier is at the end of June for the Tetrathlon Championships in August. 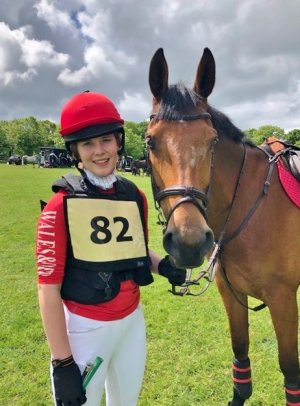 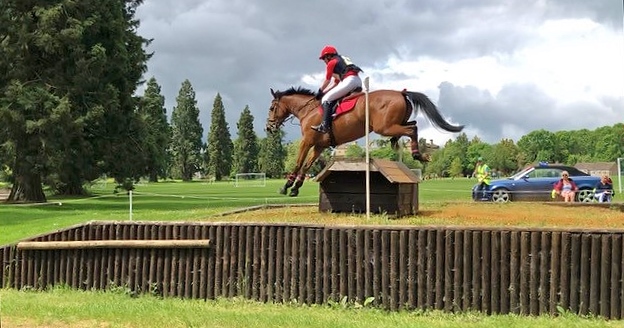 Well done to Bea and Calluna and good luck in the next round!