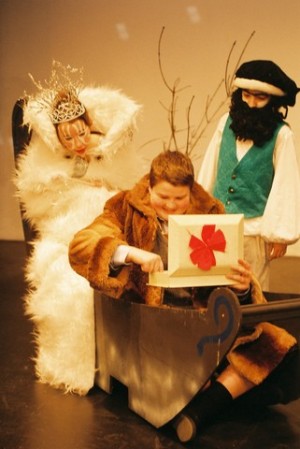 Ellesmere College is holding an Open Morning during October and invites local families and former pupils to join them for the occasion.

Ellesmere College's Lower School caters for pupils in Years 4 to 8 and has started the year with 185 pupils between the ages of 8 and 13. The newly appointed Head of the Lower School, at Ellesmere College, Bill Hutchings and his team, are currently preparing for this year's Opening Morning, on Saturday 14th October. Prospective families will be able to visit the purpose-built Lower School building as well as tour the Senior School buildings which are situated on the same eighty-acre site.

Brendan Wignall, the Headmaster at Ellesmere College commented 'It is a very exciting time at the School. We have started the new academic year with 550 pupils and already our confirmed registrations for next year are significantly higher than previous years. To support this increase in pupil numbers, new bus routes have been introduced for local day pupils and for those choosing to board on a weekly or full board basis, we have also invested in a Lower School coeducational boarding house. Alongside the existing dedicated team of teachers, six new teachers have started this month to support the School's continued objective to keep average class sizes low.'

Other facilities that have been introduced at Ellesmere College for this academic year include a dedicated Lower School Science Laboratory in the main school building and an outdoor chess board. With a dedicated Arts Centre, the School also boosts a modern Sports Hall and 9-hole golf-course which are used by pupils of all ages.

Families of young children are encouraged to join pupils, teachers and parents for the Open Morning on Saturday 14th October between 10am and 1pm. Visiting children will be encouraged to participate in a variety of activities whilst their parents will have the opportunity to talk to teachers, pupils and current parents.

For further information about the School or to arrange a personal visit, prospective parents can contact the Admissions Secretary on 01691 622321.