International Admissions
< Previous  |  Next >
Home   >   Blog   >  Were you aware of our regional scholarships? Lewis and Ben Hall are shining examples of it
10
May

Were you aware of our regional scholarships? Lewis and Ben Hall are shining examples of it 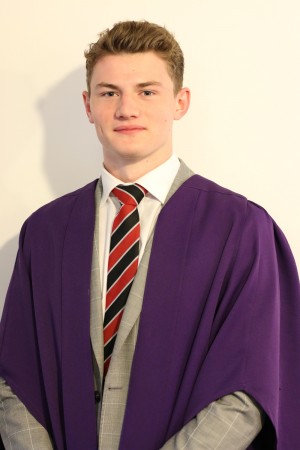 Many people often believe for various reasons that an Ellesmere College education is out of reach, with many not taking the opportunity to explore the campus and investigate the wide

Those that do, are often delighted they have.

For some talented students there are the options of reduced fees due to scholarships, exhibitions and awards are also available, plus means-tested bursaries can be offered to

The College was built by passionate philanthropists and has a long tradition of recognising talent, supporting students and removing potential barriers to entry.

We encourage all students to consider Ellesmere, explore what we have to offer and look at the many different opportunities you can have access to; we can often recommend an award

once we get to know your strengths.

Brothers Ben and Lewis Hall both attended the Corbet School in Baschurch and had never thought of coming to Ellesmere College, they both received a Regional Scholarship which is

specifically available to student who live within a certain radius of the College. They both attended Ellesmere for Years 12 and 13 and now they are both at university studying medicine with the aim of becoming surgeons.

Here they tell their story.

I knew very little of Ellesmere prior to a tour I received from a student there towards the end of my GCSEs.

I am so pleased I decided to go - in the two years I was a student at Ellesmere I achieved personal goals and ambitions that are some of my proudest to date.

own development, proving have they not lost their relevance today.

In a few years time when it comes to applying for specialty training posts, I will still be able to talk to interviewers about the charity work I contributed to at Ellesmere. Both C.R.Y and

Save the Children are incredible organisations that myself and others were able to raise thousands of pounds for over the course of our A-levels, with enormous support

from Ellesmere to develop and implement our own ideas.

That kind of encouragement and reassurance that your own ideas are valued is in itself, invaluable.

When you’re involved in such endeavours it can be easy to forget about exams and your learning to the areas you struggle most with.

Suggesting that the staff at Ellesmere are only there to teach their subjects however would be an enormous disservice. Instead they take a genuine interest in your aspirations, sticking

by you through what is often the toughest 2 years of education for many to ensure you succeed.

Seven years on from my first ever tour at Ellesmere and that same student who showed my family and I around is chatting with me over a pint, discussing neurosurgery and a meeting

at the Apple headquarters in California.

It sounds like some cliche punchline, but for me this probably gives the best summary of Ellesmere College: It’s a place that wants to see you reach your goals, at the same time

introducing you to others trying to do the same.

I am four years younger than my brother so I knew a bit about Ellesmere College as he went there.

I had been to swimming lessons there when I was in primary school but didn’t really consider it as a place to go to college.

I was looking for somewhere that would be the equivalent of my Corbet 6th form (which doesn’t exist), where the teachers are considerate and attentive.

Corbet has a very similar ethos - it values the individual students as well as striving for success.

My opinion was I can go wherever, but how well I do depends on my grades and effort. But it wasn’t just the academic rigour that attracted me to Ellesmere College.

It was the wide ranging opportunities it gives and the environment that pushes you to do your best.

I needed to make time to play sport and do drama, and at Ellesmere I had all this mapped within my typical week, all in the familiar environment of the college.

It was a private school, I didn’t know how I felt about that.

But when I got there it seemed less like a school and more like a community. Within a couple of weeks it traps you in it’s excitement - and by the end of October it feels

Ellesmere is very enticing from before you’re there right up until after you’ve left, you just want to keep going back.

I had a strong relationship with all of my teachers, but in particular my chemistry teacher and head of sixth form, they encouraged me and helped me in every way they could.

I feel quite privileged coming from Ellesmere now, it really helped me. I got opportunities I wouldn’t get anywhere else - like going to Boston in America for the

National Conference for future Physicians and Medical Scientists. And I was so struck by it and eager to get involved, I am attending the conference again this year to work.

The scholarship and bursary was a key factor in both Ben and I going to Ellesmere.

If you were going to look somewhere for the scholarship, go there. If you have got an ambition you can use Ellesmere as the platform to realise it.

It doesn’t matter about where you come from, it is all about what you do when you’re there and where you’re going.

My advice would be to thrive from the fear that it is going to be a big change but it is an opportunity - and you need to take it.

You need to give as much as you get there. I had a goal and they helped me to enhance it.

It brings the best out in people but it still comes down to the person, no school is a magical education box.

More information about the regional scholarship and other funding opportunities can be found on our website here.