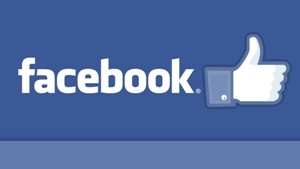 It was another incredible year for Ellesmere’s Facebook page and our fans. Below is a countdown of our Top Ten most ‘engaged’ posts from the 2012-13 school year based on likes, comments and shares.

This new short film provided a great insight into ‘Life at Ellesmere’ and featured some impressive day to day school footage and interviews from staff and students.

Big School was full of action, as everyone returned from their holidays to take their place at the first assembly back at School.

Head boy and rugby academy student Louis Chaudron provided a great interview and demonstrated his practical ability as he talked about why he joined Ellesmere College.

The CCF had a tremendous day at Whitehall in November, as they marched at the Cenotaph, representing the entire Combined Cadet Force for Remembrance Day.

A great introduction video into the thoughts of the Morris family and the reasons behind their decisions to send both their children to Ellesmere College.

The first event of the year and a very busy open day that attracted families from across the region to take a look at Ellesmere College.

The Ospreys second row secured the number seven shirt against Japan in the Welsh squad, for their first test of the summer tour this year.

10) Blog Post: An inspiring Example of the Support and Opportunities Available to Students, Through the Global Network of Old Ellesmerians - April 24th

Sixth form student Ben Hall provided a great article about his journey to Ellesmere College and the support he has received from the Alumni at the School.