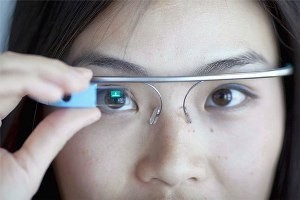 Reuban Strain heads up the Biology department at Ellesmere College, and as he says, many of us are now taking the digital plunge. Reuban investigates this investment in hand-held devices to enhance learning, with the Ipad emerging as the ‘go to’ device for most schools and colleges.

With the introduction of Ipads into the classroom, it is hardly surprising that Apple have focused their marketing efforts on education. They have made the Ipad an appealing product and one that has been shown to enhance student engagement. Add to that the lure of an Apple Distinguished Educator to guide you through the transition, and what more could you want? Some might think that this is Apple’s way of ensuring that their device is not only the first device your child uses, but also the one they continue to use throughout their lives. But surely only cynics would believe that.

Not for the first time has technology promised to revolutionise teaching and learning; the early 90s saw the emergence of the interactive whiteboard - in many ways a large tablet bolted to a wall – but the range of applications currently available for tablets is a little more extensive than for whiteboards. Am I alone in believing that we have failed to harness the true pedagogical power of this device? Unlikely. Moreover, we must not merely accept the idea that using tablets will have a universally positive impact on student learning. As teachers, we must encourage their proper use if we are to enable students to enhance their learning by carrying out previously inconceivable tasks.

Regardless of the Ipad’s present popularity, a number of online articles suggest that the once unassailable iOS devices have peaked and are now losing their widespread appeal. In today’s market, swathes of Android devices have clearly overtaken Apple in terms of Smartphone sales, and yet it is always possible that Apple will reveal something incredible in the future. It appears that the equivalent Windows and Android operating systems will continue to gain ground within the education sector, and with the introduction of ‘Google Play for Education’ (Google’s iTunes/App Store equivalent), bearing a comparatively low price tag, schools will find them increasingly appealing as they consider 1:1 tablet programmes. Naturally, Android’s range of devices and price levels make it even harder to resist.

Google’s Glass is the latest device in their seemingly endless bid to take an increasing share of the educational marketplace. For the uninitiated, Google Glass consists of a pair of spectacles with a mini projector on one side which projects onto the user’s retina, giving a ‘heads up’ display very similar to those in ‘The Terminator’ films. It connects to a phone (or equivalent) in the user’s pocket, allowing virtually constant Internet access. Voice-activated, it enables the user to take photos and videos, and search the Internet without lifting a finger. That its introduction will create a lot of interest in educational circles is a given, although possibly not all the interest will be positive.

Having long been an advocate for technology in the classroom, I have recently been working on a ‘bring-your-own-device’ programme which aims to ensure the productive use of mobile devices in schools. Some of my students have previously felt that ‘Snap chat’ was a good addition to the classroom, however, they now understand the error of their ways … It has become increasingly apparent that taking a class to an IT suite is unnecessary, when instead I can ask them to use their Smartphones, tablets or laptops to log on to the departmental website and begin working immediately. They can work collaboratively using Google Docs or SkyDrive, and their progress can be monitored using apps like Socrative. However, bringing Google Glass into the classroom is a little different, although I can foresee numerous applications that would enhance student learning. As a Biology teacher, I could have them refer to video demonstrations whilst they carry out practicals to ensure they are getting things right.  Watching different videos individually when working will allow the weaker students to review material and the stronger to watch lecturers from say, Cambridge or Yale via YouTube. The emergence of Augmented Reality could have them experience unbelievably rich content, whilst field trips could see them record what they see to create a collaborative multimedia portfolio which could be accessed on their return to school. All of which sounds great, but being able to manage such a device seems a little more difficult than asking students to close their laptops or put their Smartphone on the desk. The BBC has also reported that US politicians have now begun to question Google on personal privacy issues.

How would we feel if students were recording what we were doing in the classroom? Perhaps not great. What if they decided to broadcast your lessons to the world? This might be flattering, initially, but I fear this feeling will be short lived. What if SMT or parents saw what students see in your classroom? Most schools have classroom management software that enables teachers to view what every computer in the room has on their screen. Perhaps SMT would be able to look at their computer screens and have a window into every classroom in the school, either from the student’s perspective or from the teacher’s. We may be encouraged to wear Google Glass so that student behaviour, progress and work rate could be assessed. Big Brother, and possibly the rest of the world, could be watching you teach!

The cost and availability of the device is currently prohibitive, although #GoogleEdExplorers is already allowing teachers who use it to share their findings. It will be interesting to see how long it takes for our schools to see Google Glass in the classroom; something tells me that independent schools may be some of the first. I personally think that this is the first real device that will cause some major headaches in its management. By the time it reaches us, 4G will be more widespread and so the need to connect to a wireless network, and the control that allows will be circumvented. How schools use such a device, and how they go about creating usage policies will be fascinating to watch. However, it could be that by the time such issues arise, the classroom as we know it will be obsolete. We may instead be meeting in a virtual classroom, or perhaps learning will be via University accredited ‘Massive Open Online Courses’. Will our lives at the ‘chalk face’ be but a distant memory?