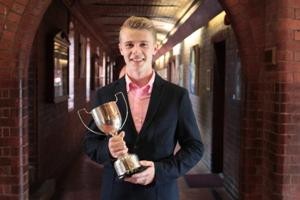 Medicine is probably one of the most fulfilling; personally rewarding and secure careers open to students who have interests in the biological and chemical sciences. It is also a career that carries with it incredibly daunting responsibilities. At a time when competition for places at medical schools is fierce, Ellesmere students have succeed in pursuing their dreams of a medical career. Overall students at Ellesmere celebrated an excellent set of A-Level grades this year with over a half achieving A* - B Grades.

Vicky Pritt-Roberts, Deputy Head Academic said “The achievements of all our Sixth Form students are impressive when they are viewed alongside the range of extra-curricular activities they enthusiastically join in. These successful students have not only climbed the first step to realise their aspirations in the world of medicine but they are typical Ellesmerians and have embraced all that we have to offer. They have climbed mountains, participated in a range of exciting expeditions, performed in our drama productions, in spectacular fashion, and some have secured the Gold Duke of Edinburgh, all alongside their demanding academic regime.”

This year saw a record number of applicants, seeking to secure their places at top universities in one example, the University of Bristol had 4,000 applicants for its three medicine and surgery courses this year but just 232 places - enough for just one in 17 applicants. The University of Birmingham had 2,500 applicants but could accept only 334 undergraduates. The applicants to these two universities alone could have filled the entire country’s quota for the year.

"Academic achievement of potential, at every level, is the core of what we do - what is breathtaking is what else we give to our students and how they embrace it so completely - these two aspects of Ellesmere life combine to truly nurture, develop and produce outstanding young people" she says.
0 Comments