Alex Tackles College Life On and Off The Rugby Field 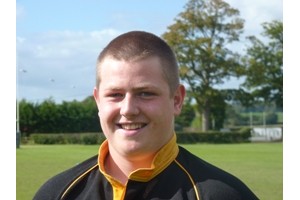 For many years Ellesmere College has enjoyed a close association with the farming community. Many of the school’s pupils come from families with agricultural backgrounds, as do hundreds of its old boys and girls. Alex Heath is no exception to this; his family from Eaton Upton Tern, near Market Drayton, Shropshire successfully ran a pig business until 2006 when they ventured into 36,000 free range hens to accompany the 140,000 broiler unit.

They now successfully run two pedigree Limousin herds; ‘Tern Valley’ and ‘Peplow’, in which Alex takes a leading role. Alex moved to Ellesmere College from Wrekin at the age of 16 to study for his A-levels and to be part of the school’s Rugby Academy. Alex said, “When it came to studying for my A-levels I also wanted to play rugby at a higher level. Ellesmere College is known to be the strongest in the area and the results at the time showed they were better than all the other schools”.

His passion for agriculture and rugby has seen him achieve many successes. He has played a major part in the first team’s unbeaten season so far this year as well as being selected for the North Midlands U18’s squad for the second year running. During the summer Alex also went on tour to Serbia with the Midlands U19’s playing international rugby. An enthusiastic member of the Young Limousin Breeders Society, Alex has also had success in the show ring with his young bull, Peplow George; winning first prize at Oswestry and Shropshire Shows before achieving second places at Stafford and Newport.

"Ellesmere has an excellent reputation but not only for rugby, it’s the family community in the boarding houses and the supportive and encouraging teachers that really make the difference for me. I am a prefect this year which means I have been given responsibilities and in turn have developed my leadership skills". Alex said.

On completion of his A-levels, Alex wants to head off to University to study agriculture with the aim of working in one of agriculture’s many ancillary industries, specifically animal breeding and genetic improvements. Philip Wood, Head of Sixth Form, said, “Alex is an enthusiastic and enterprising young man. It is encouraging to think that we have helped him to achieve his potential in and out of the classroom”