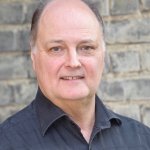 I came to Ellesmere in January 1970 where I had my first experience of deep snow between Christmas and New Year. Having been born in Malaysia and returning during the school holidays, I was used to soaring summer temperatures enduring throughout the year - snow was a novelty. The red brick building standing out in front of me after entering the school gates looked somewhat stark and foreboding under the cold grey skies of my initial introduction to the College. Yet this mood soon lifted after a few days as I became involved in making new friends and immersing myself into school life and its activities.

For me, my time at Ellesmere as a boarder in Talbot House was a good experience and after leaving in 1974 with passable A Levels for tertiary education, I continued to maintain friendships with fellow pupils who lived in the counties of Shropshire, Clwyd and Cheshire due to staying on in the locality for the summer holidays. These friendships remain strong to this day, so I suppose one of the main benefits I got from Ellesmere was a deep social network that originated in my early teens.

Once beyond the school gates and out in the world as a young adult, I opted for a commercial property career in Singapore, even though our family business is involved mainly in growing tea in Malaysia. I remained in the Far East until 1985 and then continued within this sector in the UK leading up to the property crash of 1989 that persisted for several years. Being aware of the likelihood of a long term lull in the UK property market, I decided on a complete vocational change. I had always been interested in mindset and personal development and embarked on a 2-year course in hypnotherapy and cognitive psychotherapy. I then started practicing as a therapist in 1991 and continued undertaking further training to add business coaching and sport psychology to my repertoire. 10 years ago I additionally set up a Department for Education accredited course to teach and qualify people to do what I do.

From the point I left Ellesmere up until about 7 years ago, I didn't really connect much with the College itself. I suppose one of the reasons was because I still felt a tie through my continued and regular association with many OE's of my time. This all changed with the London City Drinks that I started attending from 2012 where I met up with certain alumni that I had not seen for 35 years or more. This created a tug back towards the place that formed and molded a considerable amount of what I am today. At these gatherings, I have also enjoyed meeting OE's who where at the College much before my time and indeed also from many years after I left. This led to me being invited to become OE President earlier this year.

What I would really like to focus on during my time in this role is trying to pool and unite energies and resources for the benefit of all Old Ellesmerians through the common bond that links us. If anyone is interested in the collective gain of what we can do and provide or has any ideas, then I'd really welcome hearing from you. For my part, I'm happy to give occasional free informational talks to groups of individuals or to OE businesses on how to promote a positive mindset or on anything within the vast realm of personal development. Should any of you also want to share your skills or resources in some way to the advantage of other OE's, or indeed our current students, then that would be fantastic.